Human face is one of the most common and non-intrusive biometrics used to identify individuals. It is much more universal, acceptable and easier to access than a fingerprint. Recently, the use of face recognition technology in cooperative biometric systems such as access control, time & attendance and PC security is increasing.

Conventional face recognition systems in today’s market use just the frontal face and thus require the user’s active cooperation to establish the “correct” position. It is well known within the research community that variations of the same face due to angle, pose, and expression are almost always greater than the variations of different face identities. Furthermore, one of the most problematic of these variations is caused by pose. Different poses have the potential to drastically increase not only the false acceptance rate, but also the false rejection rate and therefore greatly impacts the overall performance of a face recognition system. To compensate, conventional face recognition systems require the user to control their angle/pose to coincide exactly with how they enrolled. This is very time consuming and extremely inconvenient for the user.

Our system begins by registering a few frontal face templates. These templates then become the reference for evaluating and registering the templates for the other poses: tilting up/down, moving closer/further, and turning left/right. Our extensive experimental tests show that each set of poses contributed greatly to the overall performance of the system. With each pose, the facial information including eyes, nose and mouth is automatically extracted and is then used to calculate the effects of the variation using its relation to the frontal face templates. Our algorithms were also created to automatically detect and reject improper face images during the enrollment process. This will ensure proper enrollment and therefore the best possible performance. 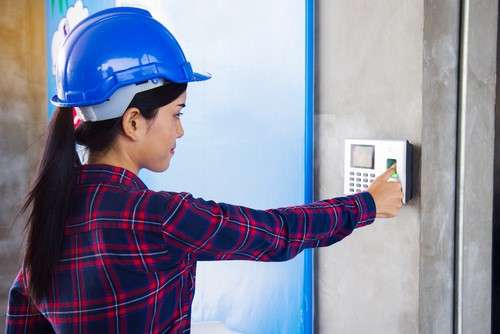 How Time and Attendance Systems Help in Workforce Management